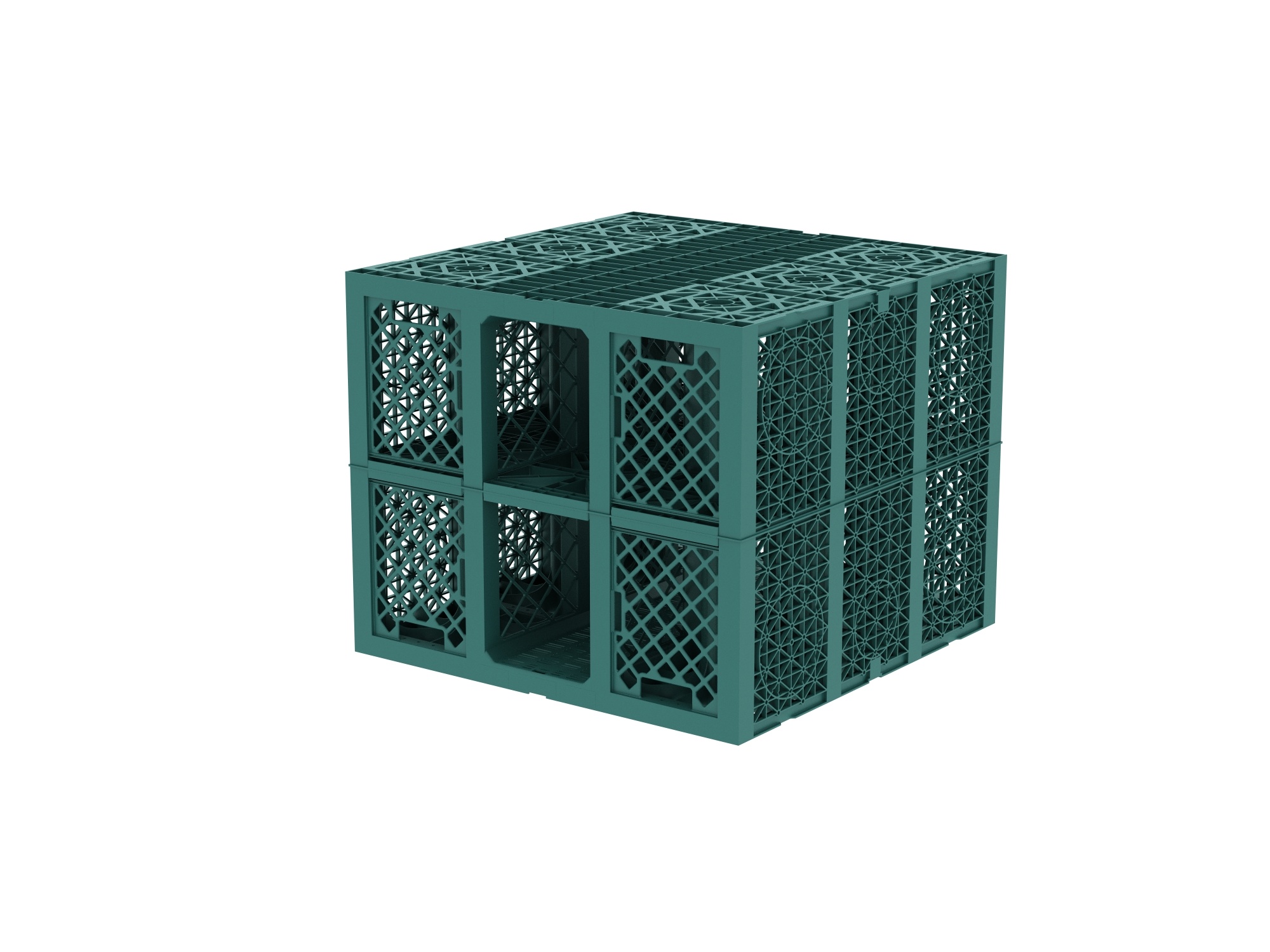 Let rainwater infiltrate and return it to nature

Large amounts of rainwater can reduce the capacity of treatment plants. Therefore, it is beneficial in more ways than one to allow clean rainwater to run off locally if possible. The continuously advancing buildings and the increase in paved surfaces prevent the natural infiltration of rainwater. In order to return this to the natural water management, underground infiltration systems are used.
In addition to infiltration via pipe infiltration systems, crate systems are increasingly being installed. The advantage of this method is that the collecting capacity of the infiltration installation is increased and, in contrast to gravel boxes, space is saved and less soil has to be excavated.
As a result, the rainwater is returned to the natural water cycle and can contribute to the renewed formation of groundwater. Very high demands are made on infiltration systems. They have therefore become an important part of urban water management.
Crate systems significantly increase the underground storage space. Efficient infiltration systems can also be installed under difficult spatial conditions. Particularly when building in inner cities, no extra surfaces are wasted. This saves valuable building land.

Stop rainwater instead of flooding

When the conditions of the subsoil are unfavorable for infiltration, the aim should be to collect the precipitation and a limited and delayed drainage. Overloading of sewage systems, sewage treatment plants and waterways can thus be prevented or curbed.
Retention reservoirs slow down the run-off of rainwater. They consist of a sealed reservoir, a supply and a flow restrictor. The collected rainwater spreads evenly in the infiltration crate, is temporarily collected and then discharged in a controlled manner via flow limiters. If infiltration is to be avoided or an unintentional discharge of penetrating groundwater or seepage water is to be prevented (e.g. with contaminated soil), the retention infiltration crate must be sealed.
Rainwater on paved surfaces that cannot seep out naturally creates runoff peaks in
the sewage system. Rainwater harvesting installations collect precipitation in an underground reservoir and release it again with a slow but continuous flow. Due to their extremely short construction phase, crate systems are an economical alternative
for usual collection facilities such as e.g. water basins or underground concrete reservoirs.

Water – and drinking water in particular – is a precious commodity that must be used responsibly and economically. Therefore, it may make sense not to allow precipitation that becomes available to run off unused or to the sewage system, but to collect, store and use it wherever drinking water quality is not necessarily required.
There are many examples of this: watering public green spaces, a car wash, flushing toilets, etc. The water is led to a sealed crate system and can be used for the respective application via drains. The use of the Rigofill Inspect modular system makes it possible to find a solution that suits the specific circumstances – even under very difficult conditions, such as limited space, lack of freedom to build, limited cover, high groundwater level, etc.
Service installations make service water available for the most diverse applications. They consist of a sealed reservoir, a supply pipe with an upstream rainwater treatment system, a pump shaft and a system controller.
When using Rigofill inspect as a fire extinguishing water supply, water is also saved, because the installation can be checked when filled and does not have to be pumped empty as with conventional concrete reservoirs.

Rigofill crate systems can be planned almost arbitrarily in both length and width. The square grid size of 800 mm allows good adaptation to almost any situation. With the height grid of 660 mm (full crate) or 350 mm (half crate), systems can be constructed in any combination, single and multi-layer. This means that the infiltration crate can be adapted very variably to the local conditions.
Low systems are, for example, preferable with high groundwater levels or with low permeability of the tillage. When the soil is well-drained, on the other hand, tall and compact systems can be planned, which offer more advantages. The available space is used to the maximum. 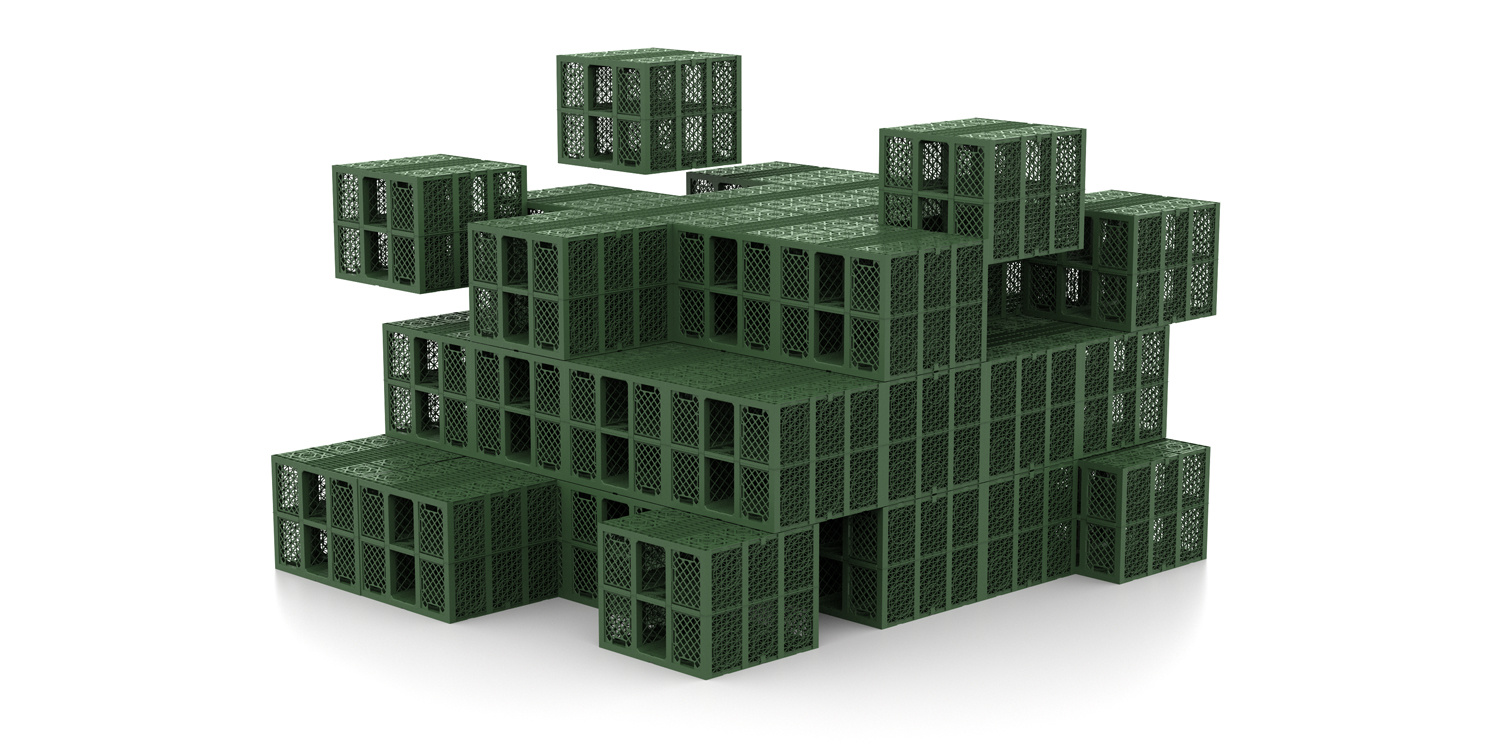 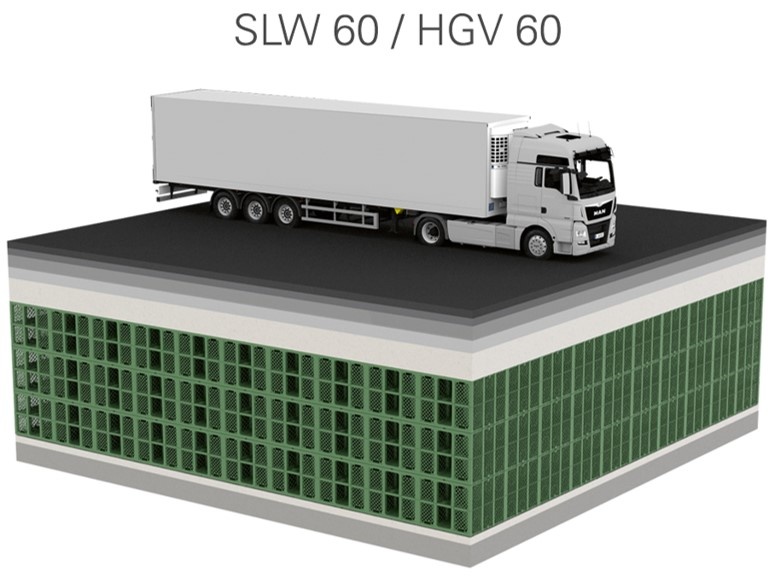 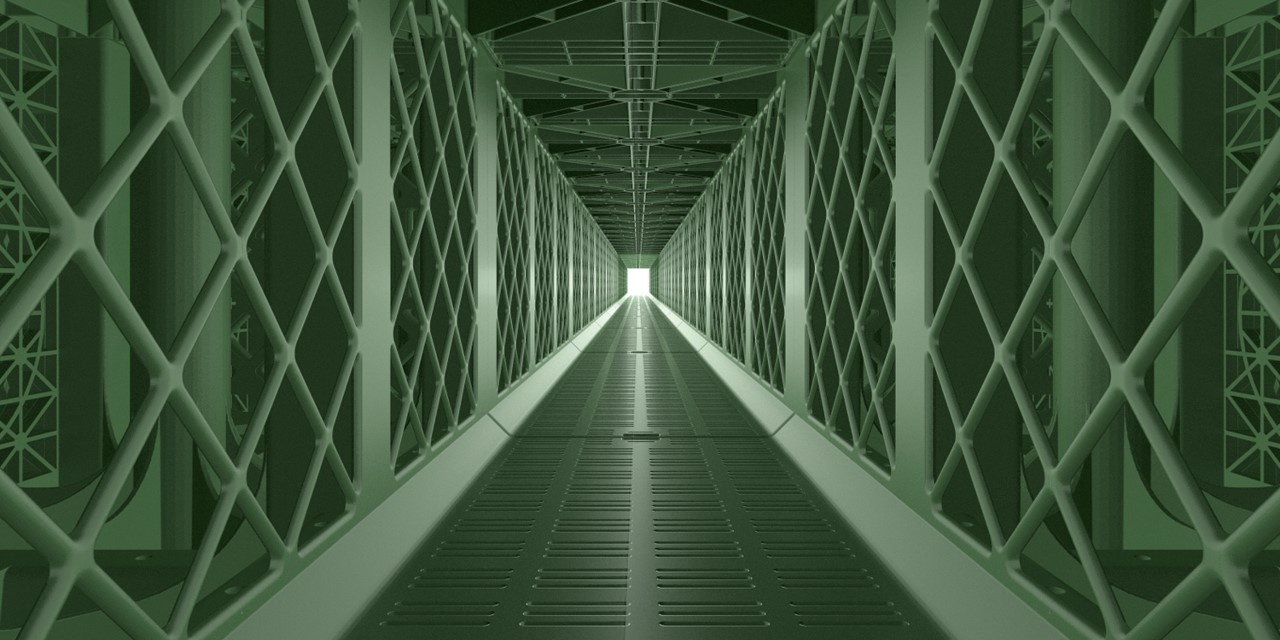